Pepin, WI – Why We Came Here 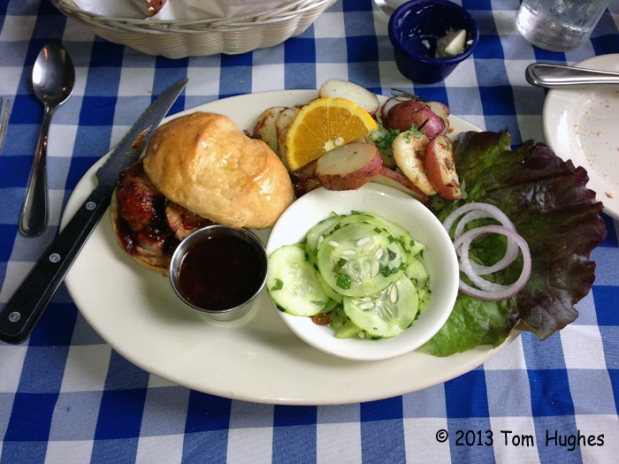 Food. That’s why we came to Pepin, WI. 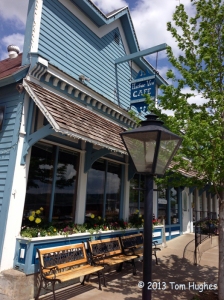 Aside: This was the car we drove one summer to the El Tovar Hotel overlooking the Grand Canyon.

Anyway . . . some time (we forget the year) in the mid-90’s we stopped at the Harbor View Cafe, waited in line with everyone else (there are no reservations) and had a great meal. A GREAT meal.

It’s a dinky restaurant that seats maybe 20 people tops. But the food! OMG . . . it’s all from scratch. Just the fresh bread is a meal.

So 20-some years later we returned in an RV instead of a sports car. That in itself is telling, eh?

Anyway, we’ve had two lunches at the Harbor View Cafe so far and we have not been disappointed.

Both Jan and I had a BBQ Pork Tenderloin sandwich with new potatoes and cucumbers marinated with cilantro and a curried lentil soup. 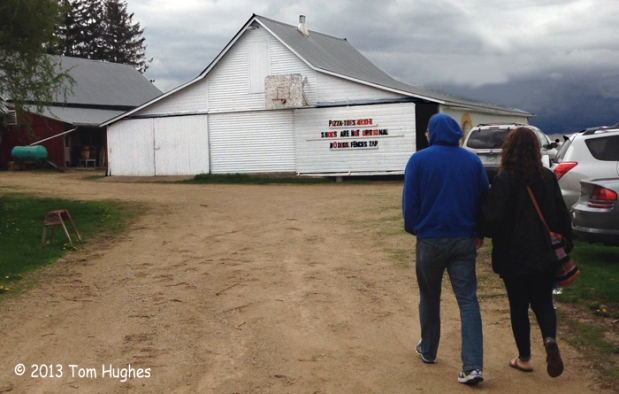 Pizza on a Farm

And then we were told about great pizza served every Tuesday on a farm near Stockholm, WI . . . 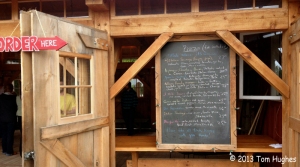 The directions to the farm pizza were the kind that tax a GPS. I kept getting warning messages from our CR-V’s GPS and dotted lines on the GPS that led off the map.

Along the way, I passed Saint Sophia’s (a Liberal Catholic Church).

When I found the farm, it was like a speakeasy in the woods. Like everyone there was in on a secret. Very cool.

By luck, a VERY large group arrived at the order line before me and ordered SEVERAL pizzas — but each pizza only took about 5-10 minutes to prepare. 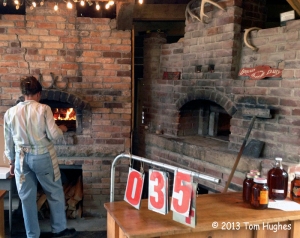 Then I saw the pizza ovens. Big.

I bought some maple syrup from one of the local farms that was collected this spring.

And the pizza? Very good, but you had better like garlic.

NEXT: Stockholm, WI and pies.