NOTE: The Slingbox M2 has replaced the M1. The M2 is technically identical to the M1, but the M2 Slingplayer apps are now free and no longer cost $15. Also, the M2 costs $50 more than the M1.

While trying to figure out how my Hopper with Sling worked, I came across Sling Media’s new Slingbox M1.

The $150 box is functionally the same as a Hopper with Sling.

The Slingbox M1 uses WiFi networks like a Hopper with Sling and DISH Anywhere: 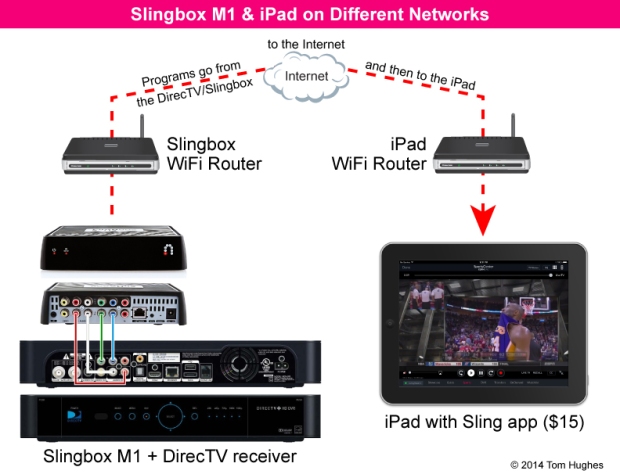 A Slingbox M1 can connect to a number of different devices, like the DirecTV shown above.