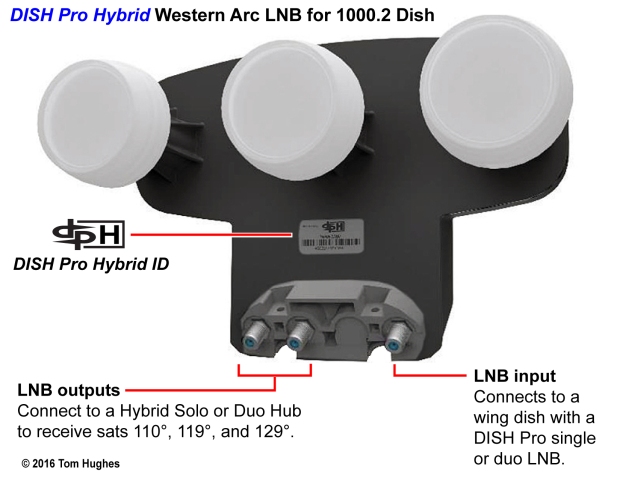 All this “hybrid” equipment (DPH) allows the Hopper/Joey/Super Joey to network with less wiring and less equipment.

So if you’re an RVer with a Hopper system, the new DPH equipment is worth a look see.

NOTE 1: (2/15/2016) This upgrade has been tested with a Hopper with Sling (“Hopper 2”) and a Hopper 3. A Hopper 3 will work with a DPH upgraded Winegard Travler. However, the Hopper 3 must be disconnected from the Winegard Travler during satellite acquisition.

NOTE 2: Performing this upgrade would probably void any warranty on your SK-1000. Do this upgrade at your own risk — what worked for me may not work for you.

One Hopper 3 was tested: 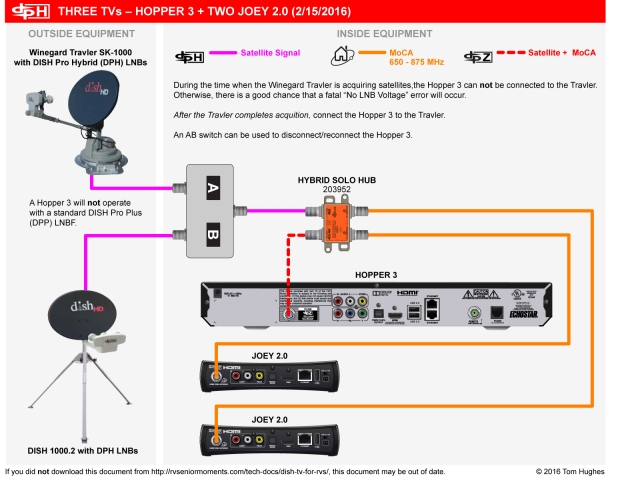 Two Hoppers with Sling were tested:

After completing my DPP to DPH swap, I used a Super Buddy meter to test each satellite ID (and signal strength) from my upgraded Travler.

I think the DPH upgrade passed the test.

NOTE: Sat 61 was also acquired in Manual Mode. However, its LOCK and Signal Strength is not shown. Take my word — it worked as well.