However, both of these dishes can be configured for the Western Arc and the Eastern Arc satellites. Note that a 1000.2 set up with Eastern Arc LNBs will only receive sats 61.5 and 72.7. 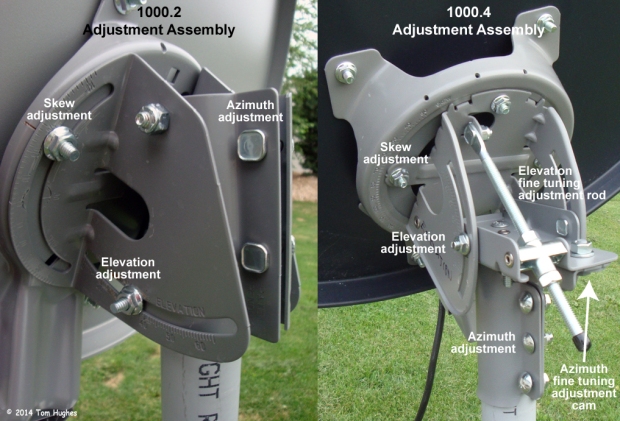