Another Death at the Grand Canyon

Red Dotted Line = My Walk. Blue Circle = Where the Woman Fell (Click on Map to Enlarge)

As Flirt and I were taking a long walk through the woods from our campground to Yaki Point, I heard emergency vehicle sirens. I thought it might be a fire at the nearby Visitor Center. A short while later a helicopter flew low overhead. Medical evacuation?

We crossed the highway to the South Kaibab Trail, and I saw yellow CAUTION tape across the trail. I asked a couple of park rangers exiting the trail if it was still closed. They said yes. I asked what’s going on, but they said nothing. But by this time I suspected that someone had fallen off the canyon rim, and two hikers confirmed it. 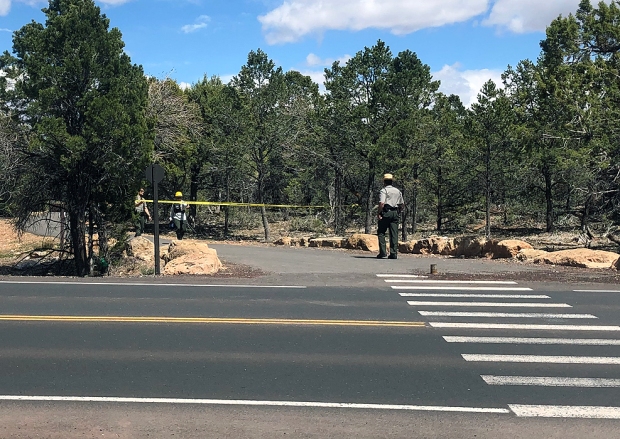 A few hours after I walked back to our campground, the story about the woman’s death appeared — Houston Chronicle. This story seems especially tragic as it sounds like the woman did not immediately fall to her death.

If you’ve seen my recent Grand Canyon posts, then you’ve seen the photos of people at or near steep drop offs — most of the times to get that “perfect” picture. It’s a wonder more people aren’t killed.