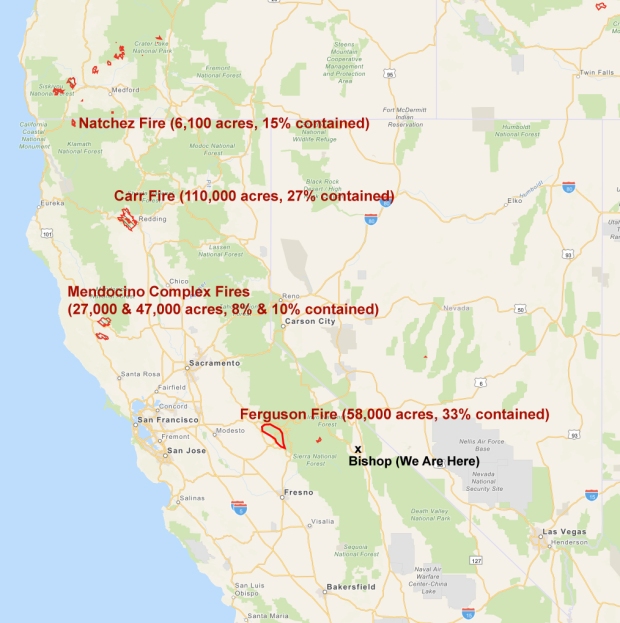 As I’ve sure you have seen on the news, there are some pretty spectacular fires going on in the West.

We’re fairly close to one of them – the Ferguson Fire – which is currently about 58,000 acres located on the west side of the Sierras: 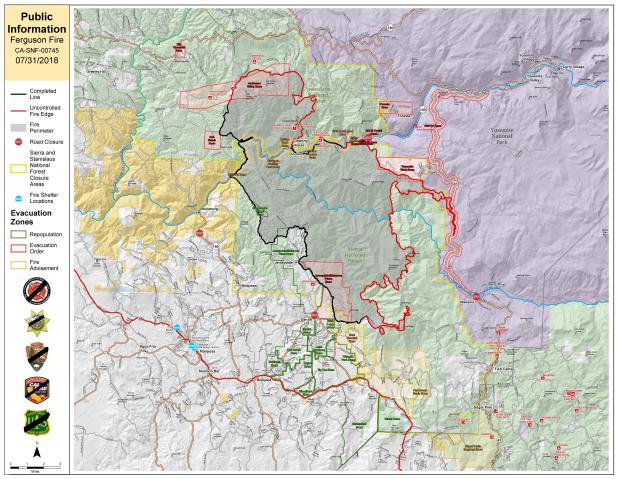 Another way to gauge the scale of a wildfire is to see how many resources are involved in fighting the fire. For example, for the Ferguson fire that equates to 3,638 personnel which include 219 fire engines, 46 water tenders, 14 helicopters, 93 crews, 5 masticators and 72 bulldozers.

Though we probably won’t be affected by the fires themselves, the smoke from the fires is another story. It reminds me of our trip through Montana and Utah last year (Note to Self: Avoid the West During Fire Season).

Recent arrivals to our campground from the north, tell us of smoke as thick as fog and run sun in the middle of the day,

Luckily Bishop has been spared from thick smoke, but that could change in the next few days . . .