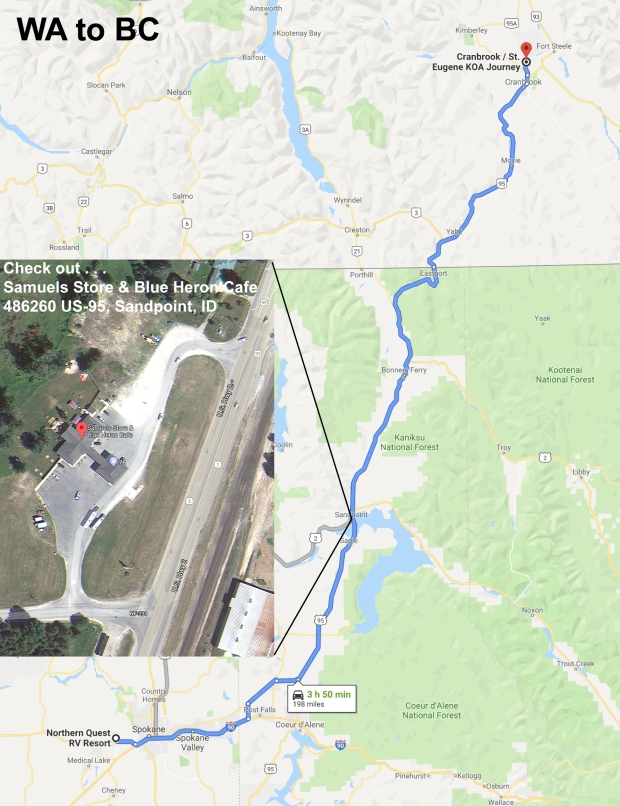 We crossed the border into Canada yesterday afternoon and were immediately set upon by armed Canadian militia who have imprisoned us in chain link cages.

It was a lonnnng trip (for us) from the Spokane area to Cranbrook, BC. About 5 hours. We’ve been used to driving less that 100 miles for a while, so this trip was a haul.

Nevertheless, we camped at the Crandon / St Eugene KOA (Kampgrounds Of America). We usually avoid KOAs as they are the McDonald’s of campgrounds — pricey, not much substance, but a guaranteed level of mediocrity.

However, the Cranbrook KOA was different from the get go. It was the sign on the office that clued us in . . . 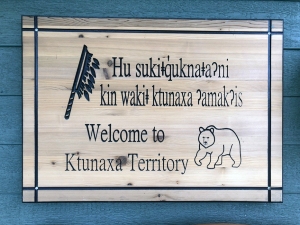 Ok, so it’s run by the Ktunaxa Nation

The Ktunaxa Nation opened this KOA just a year ago in 2018. So, firstly, the campground is brand new, but it’s the “room service” that got us — They Deliver Food to Your RV Site.

So after a 5-hour drive nothing beats having a burger delivered to your motorhome door. Yowzah!

The campground is spread out with great views of nearby mountains . . . 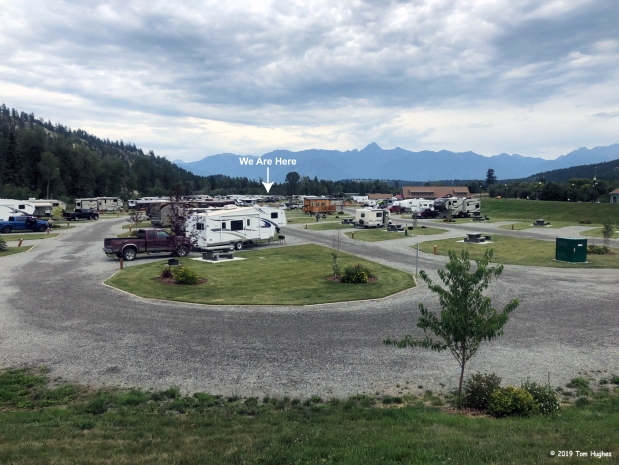 Also, the KOA is built several kilometers (not “miles” anymore) from town and it’s next to the St Mary River . . .